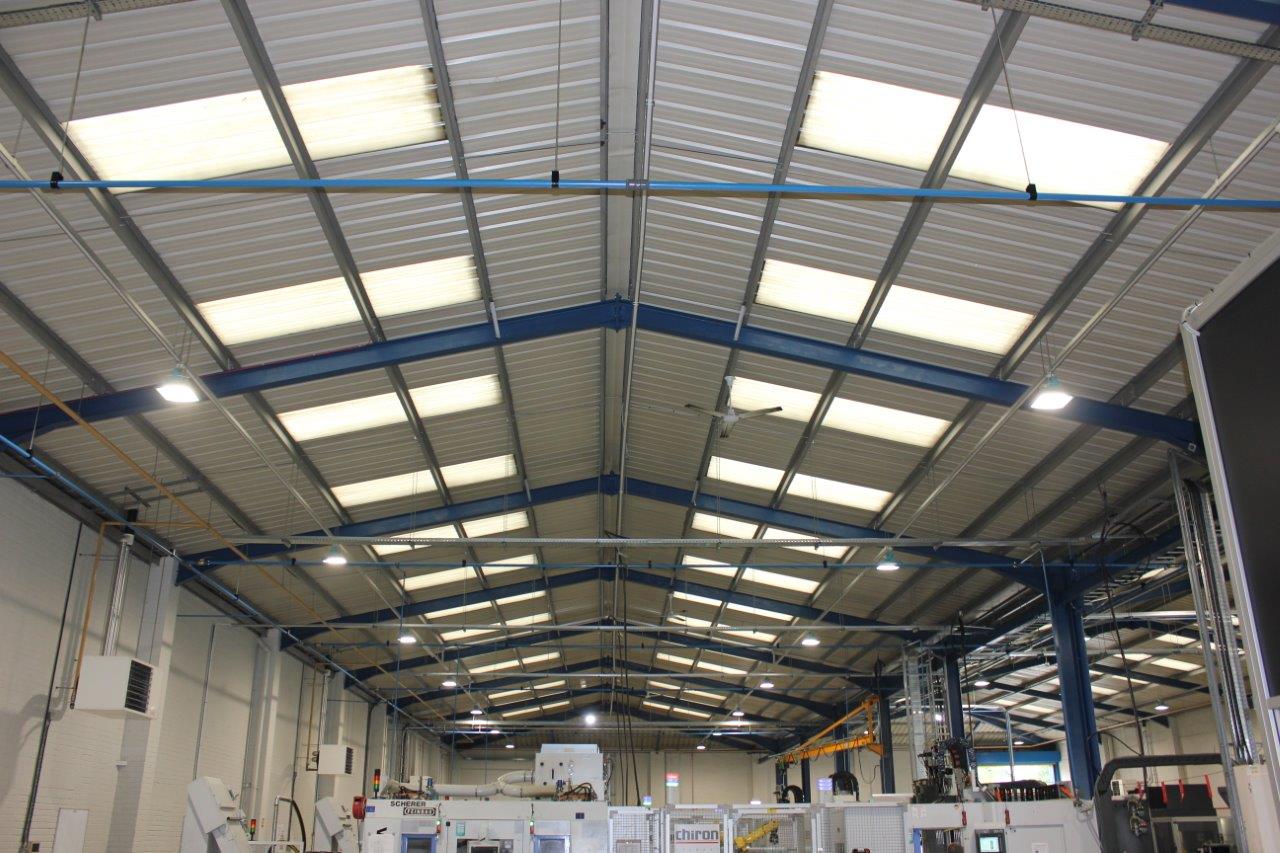 This UK based manufacturer of components to the automotive industry required a lighting upgrade for their machining facility.

Petrel were asked to provide a detailed solution to the client’s requirements of improved lighting levels for both general lighting and inspection lighting. The client also required the system to be more efficient and sustainable than the existing traditional lighting installation.

A detailed site survey performed in conjunction with the client and the installing contractor was conducted. This survey was then used as the basis of the lighting design produced using design simulation software. This along with costings, and potential energy savings were then presented to the client for approval.

The design utilised the award winning Area Light 150w industrial luminaire. This luminaire uses the latest generation high efficiency led arrays which in this scenario produced 156 luminaire lumens per circuit Watt. By using this luminaire the installation used 25% less fittings than would be required using traditional technologies, whilst saving over 250w of power consumption per fitting.

The client now enjoys significantly improved light levels for both general and inspection areas.
These improvements have been achieved whilst
also reducing operating costs. In addition to this,
maintenance costs have been reduced as a result
of using Petrel’s Area Light LED products, which
have industry leading performance in terms of
product life with the driver units and LED arrays
rated at 50,000+ hour’s life.

This website uses cookies to improve your experience while you navigate through the website. Out of these cookies, the cookies that are categorized as necessary are stored on your browser as they are essential for the working of basic functionalities of the website. We also use third-party cookies that help us analyze and understand how you use this website. These cookies will be stored in your browser only with your consent. You also have the option to opt-out of these cookies. But opting out of some of these cookies may have an effect on your browsing experience.
Necessary Always Enabled
Necessary cookies are absolutely essential for the website to function properly. This category only includes cookies that ensures basic functionalities and security features of the website. These cookies do not store any personal information.
Non-necessary
Any cookies that may not be particularly necessary for the website to function and is used specifically to collect user personal data via analytics, ads, other embedded contents are termed as non-necessary cookies. It is mandatory to procure user consent prior to running these cookies on your website.
SAVE & ACCEPT